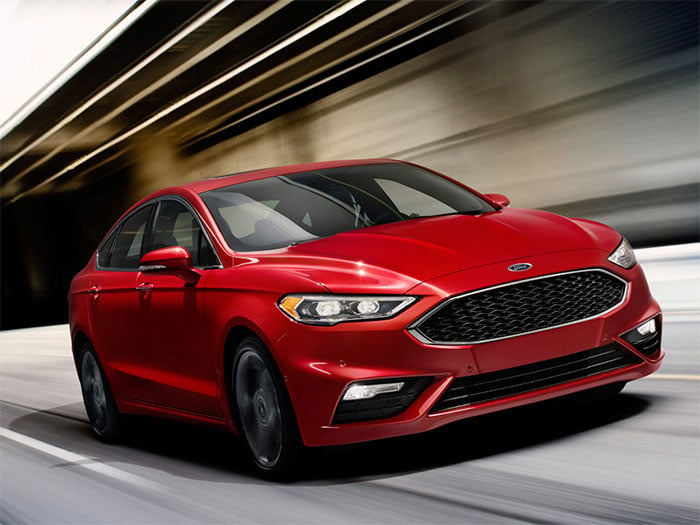 We’ve all had the jarring experience of hitting an unexpected pothole in the road as we drive. Not only is it uncomfortable to hit a pothole, but you can also damage your vehicle. Ford has announced an interesting new feature for the 2017 Fusion V6 Sport, advanced computer-controlled shock absorbers that reduce the discomfort felt when driving down roads strewn with potholes.

The smart suspension system can be tuned from normal mode to sport mode when drivers want a more responsive ride. Onboard computers analyze signals from 12 sensors in the vehicle and adjust the dampers every two milliseconds for the best vehicle response. When the car detects a pothole, the dampers are adjusted so the wheel doesn’t fall as far into the pothole, reducing the impact felt.

The rear wheels are able to respond faster than the front because the front wheels warn the rear of an impending pothole strike. The 2017 Ford Fusion V6 Sport packs a 2.7L twin-turbo EcoBoost V6 making 325hp. “The new Fusion V6 Sport substantially reduces the harsh impact potholes often deliver,” says Jason Michener, Ford continuously controlled damping engineering expert. “Our new pothole mitigation technology works by actually detecting potholes and ‘catching’ the car’s wheel before it has a chance to drop all the way into the pothole.”