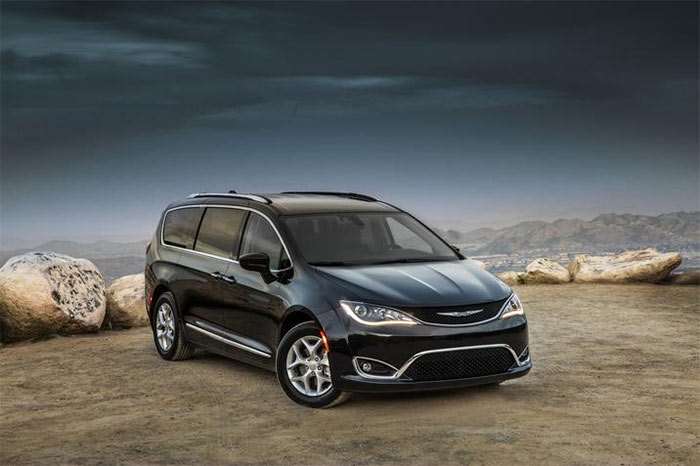 Chrysler has announced that it has added another trim level to the very nice looking Pacifica minivan. The new model is 2017 Chrysler Pacifica Touring Plus adds a premium liftgate, three-zone automatic temperature control, upgraded exterior lighting and other nice bits. The Touring Plus model starts at $32,360.

The Touring Plus also gives buyers who opt for the 18-inch wheels and 8.4-inch Uconnect touchscreen system an overhead DVD player at no charge. Other niceties that the vehicle brings include projector headlamps, LED tail lamps, second and third row sunshades, and a universal garage door opener.

The addition of the Touring Plus brings the Pacifica line to six models. The line includes the LX, Touring, Touring Plus, Touring-L, Touring-L Plus and Limited. Pricing doesn’t include the $1095 destination charge.