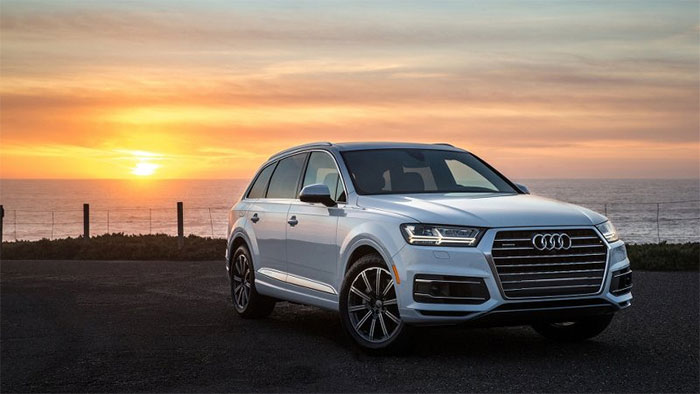 The 2.0L Q7 is nearly 500 pounds lighter than the predecessor, reaches 60mph half a second faster, and has a 22% better fuel economy. The 2.0L turbo four makes 252 hp and 273 lb-ft of torque. The Q7 comes standard with Quattro all-wheel drive and has a 4400 pound towing capacity with the optional towing package.

The engine is paired with an 8-speed tiptronic transmission. The 2.0L turbo Q7 will start shipping in early 2017 with the Premium version starting at $49,000 and the Premium Plus starting at $53,000. A number of options for infotainment and safety are available that will drive prices up significantly. The new Q7 retains the same outer dimensions, but gains interior space thanks to a revamp on the inside.