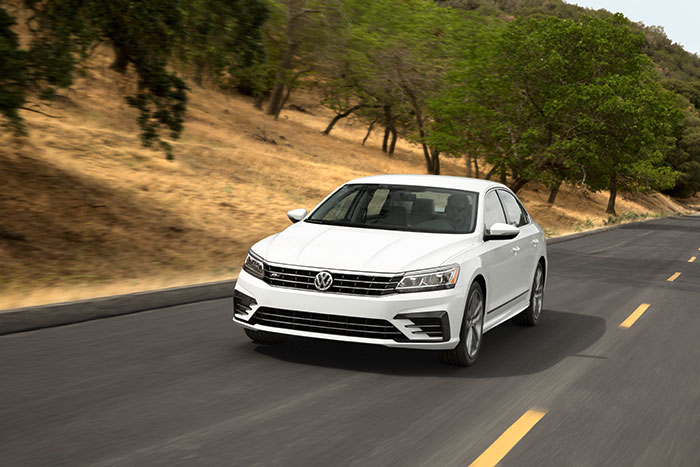 VW has been making hopped up versions of its cars under the R-Line for a while, most notably with the Golf R. For the first time ever, the VW Passat will get an R-Line car based on the refreshed 2016 Passat. VW says that the only carried over parts from 2015 for the 2016 model year are the roof, doors, and side stampings.

The interior of the car has been updated and for the first time LED headlights and taillights are integrated into a VW sedan. The interior in the 2016 Passat has been updated with two-tone décor panels, updated center stack, and an updated instrument cluster all for a more premium feel.

New driver assistance features are now standard on some trims and the car has an available VW Car-Net App-connected infotainment system. Three engine options are available including a 1.8L TSI, TDI, and a VR6. The MIB II infotainment system is standard and includes USB connectivity. Pricing for the 2016 Passat starts at $22,440 for the 1.8T S model with an automatic transmission, which is rated for 38mpg on the highway. That is the same starting price as the 1.8T S auto in 2015.