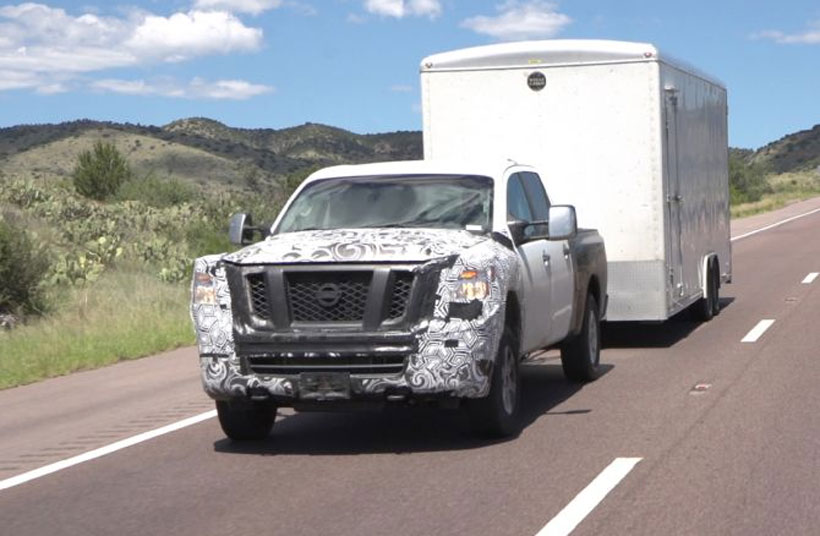 Nissan has been working on a new Titan for a long time now in an effort to make the truck more popular. Nissan hasn’t updated the Titan since if first debuted back in 2003. That is a very long time to sell a truck with no changes. The front of the truck is covered in camouflage, but it’s clear that the rounded front of the current Titan has been replaced by a much flatter and more imposing front end similar to what is popular on American trucks.

Other than a revised front end, the truck looks very much the same as the current model on the side profile view. The big news for Titan fans is that Nissan will be offering a new engine option in the 2016 Titan with the new 5.0L Cummins turbodiesel. In addition to that diesel engine, Nissan is expected to continue offering the gas V8 that has been under the hood since the truck launched in 2003.

A long bed option for the crew cab model is expected, the bed was very short on crew cab models previously. The only way to get the longer bed was to go with the extended cab version. The diesel engine is expected to make 300hp and 550 lb-ft of torque.