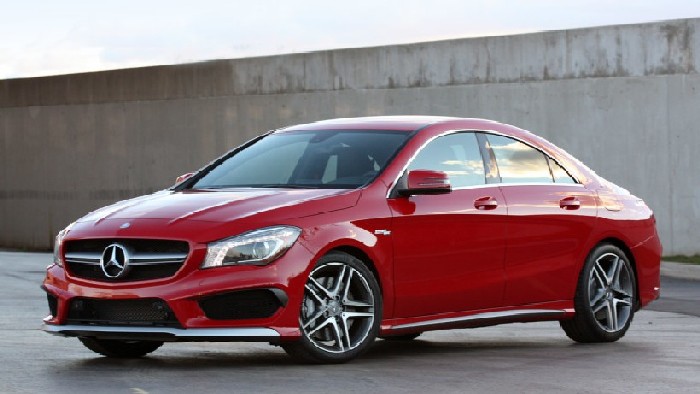 The CLA45 AMG sedan will pack a 2.0L turbo four under the hood producing 375hp and 350 lb-ft of torque. The GLA45 AMG will use the same engine under the hood in the US. That is a 20hp and 18 lb-ft bump in power compared to the 2015 model. Both of the cars put the extra power to good use with the GLA45 needing 4.3 seconds to reach 60mph from a standstill, making it half a second faster than the current model.

The lighter CLA45 can reach 60mph in 4.1 seconds, 0.3-seonds faster than the current model. Along with the increased power also comes a Dynamic Select System that allows the driver to choose driving modes. A Dynamic Plus Package is also available giving a LSD in the front, adaptive suspension, and a performance steering wheel. Both of these cars will launch in the US in October.