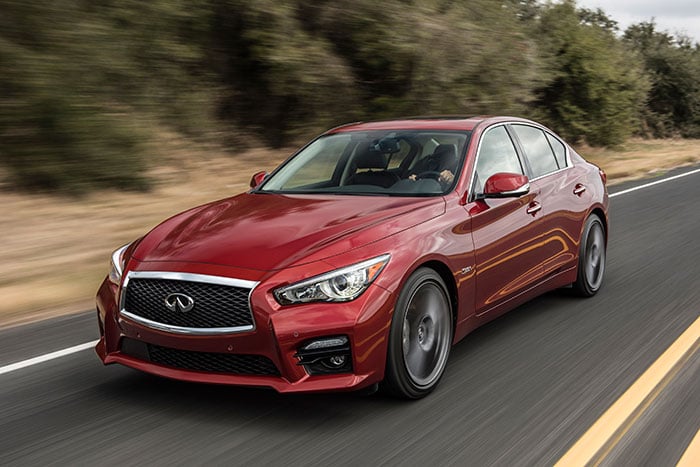 Both versions of the car will also include a $905 destination and handling fee. In addition to the powerful twin-turbo V6 engine, buyers also get a sport styled front fascia, sport brakes with 4-piston front calipers and 2-piston rears. A new rack-based electronic power steering system is available.

The seats are leather with aluminum trim accents. The exhaust gets brushed-finished tips and special 19-inch wheels that are staggered for RWD versions. Pricing on the Q50 variants with the 2.0L turbo four and the 3.5L V6 hybrid are $33,950 and $47,050 respectively. Pricing for the 300hp 3.0L twin-turbo version will be announced later.

“The Q50 Red Sport 400’s new 3.0-liter V6 twin-turbo engine is the most advanced V6 engine that Infiniti has ever offered, striking an ideal balance between drivability, efficiency, and performance,” added Parker. “It also offers the highest standard, non-specialty horsepower in class.”