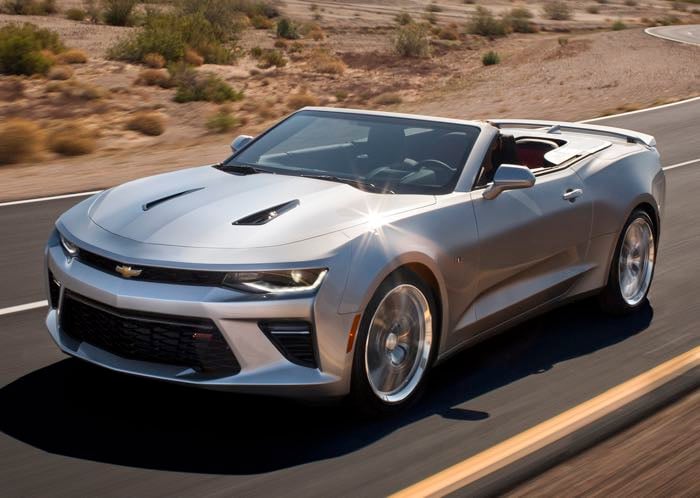 Chevrolet has announced the 2016 Camaro Convertible, which will go on sale in early 2016 and will be offered in LT and SS models with six different power train combinations.

Six all-new powertrain combinations are offered, including a 2.0L Turbo rated at an SAE-certified 275 horsepower, an all-new 3.6L V-6 producing and SAE-certified 335 horsepower, and the LT1 6.2L V-8, which is SAE-certified at 455 horsepower and 455 lb-ft of torque – the most powerful Camaro SS ever. Each engine is available with a six-speed manual or eight-speed automatic transmission.

You can find out more details about the new 2016 Chevrolet Camaro Convertible over at Chevrolet at the link below.