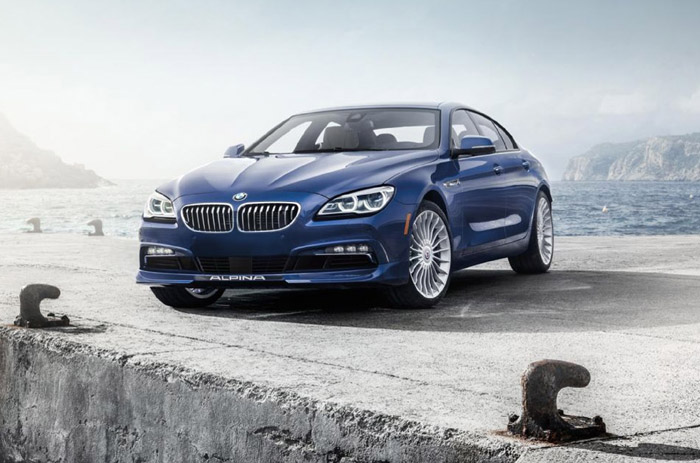 BMW has announced the enhanced 2016 Alpina B6 xDrive Gran coupe. That is a very long name for a very high performance car. The 2016 Alpina B6 gets more power and torque thanks to a revised fuel system and air intake. The car now makes 600hp and 590 lb-ft of torque. That is 60hp more than the 2015 model.

It also gets some updates on the outside with a new front spoiler and fascia along with a new Alpina hood design. The big twin turbo 4.4L V8 engine is able to push the car to 60mph from a standstill in 3.6 seconds making this the fastest accelerating Alpina model ever made. The car has a 200mph top speed that is electronically limited.

BMW also fits the car with advanced electronic suspension technology to make the car handle better. The AWD system is full time AWD for improved traction. The car also gets updated brakes with blue calipers and white Alpina lettering on them . US deliveries for the B6 Alpina will begin in June with order banks opening in March. Pricing will be announced closer to launch.