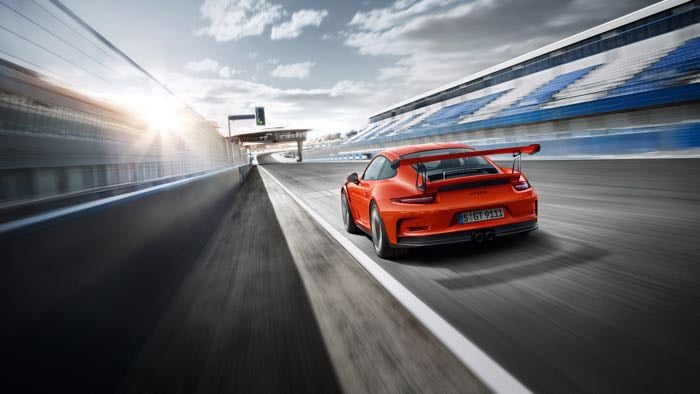 Earlier today Porsche announced their new 2015 911 GT3 RS and now the company has released a new promo video for their latest track focused 911.

In the video below we briefly get to see the new 911 GT3 RS on the track and also get to hear it powerful 4 litre engine.

As we mentioned earlier the Porsche 911 GT3 RS comes with a top speed of 193 miles per hour and it features a massive 500 HP and can travel from 0 to 62 miles per hour in just 3.3 seconds.