Apple announced their 2012 MacBook Air earlier this week, and as usual the guys from iFixit have decided to take the new MacBook Air apart to see what is inside.

It appears that apple has tweaked the SSD form factor in their latest MacBook Air, and have switched over to a different flash controller with a Sandforce SATA-III controller chip, have a look at the photos below. 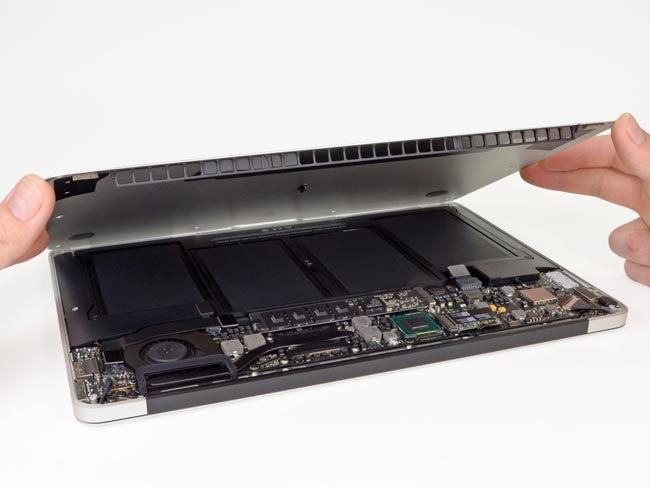 A word to the wise: The new MagSafe 2 connector won’t work with Apple’s currently shipping Cinema displays unless you buy their $10 adapter. Will Apple update the Cinema display, start including an adapter with the display, or force people to remember to buy the extra adapter?

We were expecting that moving to Ivy Bridge would improve battery life, but it looks like Apple decided to push the Core i7 performance envelope and keep battery life the same. We did see internal evidence of power savings, including moving from 1.5 volt SDRAM to Hynix’s lower power DDR3L 1.35v part.

The RAM on the new MacBook Air is like the previous model and can not be upgraded with aftermarket RAM, you can find out more information over at iFixit.