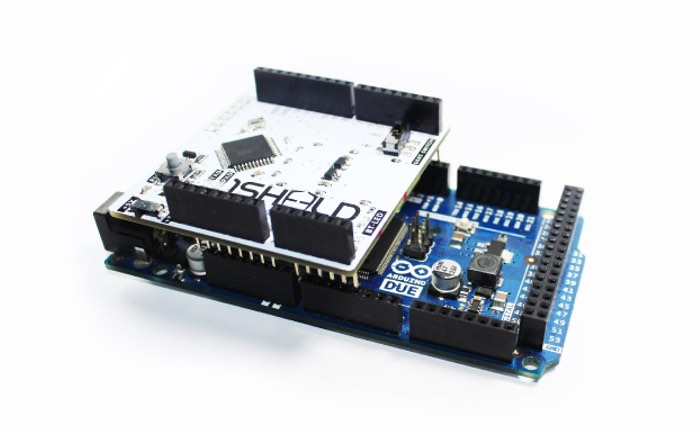 1Sheeld originally launched via a Kickstarter campaign back in 2013 for Android devices, that use a companion application to change its features and functions without the need to change the shield on your project is now available for iOS devices.

Pre-ordering is now open for the handy Arduino development board at a limited time discount of just $39 offering a saving on the retail price of $55, which will kick in once the road start shipping during May of this year.

Check out the video below to learn more abut the 1Sheeld and various different shields it can become using the companion iOS application.

Now is the time to turn your iPhone and iPad into a platform of Arduino shields! The new 1Sheeld board has a Bluetooth Low Energy module and it supports both iOS and Android devices.