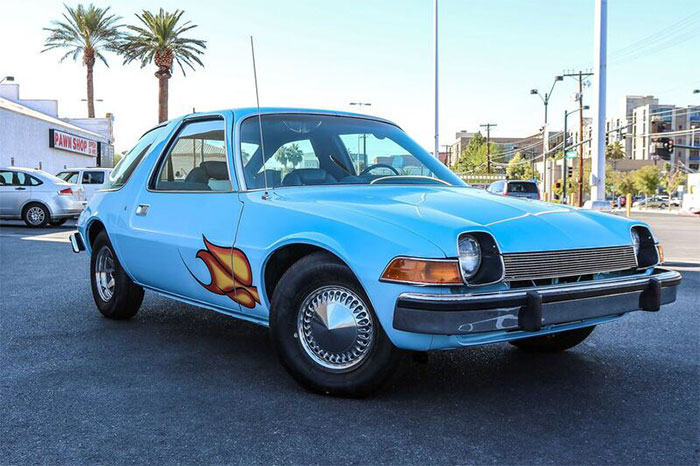 Fans of the flick “Wayne’s World” will certainly remember the 1976 AMC Pacer that Wayne and Garth drove in the film. The thing I remember most other than how ugly the car is was the red rope licorice dispenser on the roof of the car. If you have the money and the inclination to own a movie version of one of the ugliest cars ever made, now is your chance.

The actual blue and flamed out Pacer from the movie is up for auction with Barrett-Jackson. The car is a 1976 AMC Pacer with automatic transmission and a 258ci 6-cylinder engine. The car was originally yellow, but was painted baby blue for the film. There are steel plates welded to the rocker panels for camera supports.

The car has no AC and components from the inner dash were removed for the cup dispenser. The mismatched wheels are straight from the film. The car has been stripped and restored to movie condition. The only non-movie features are upgraded speakers and stereo. The car is up with no reserve and we have no estimates on what the car might sell for at this time.