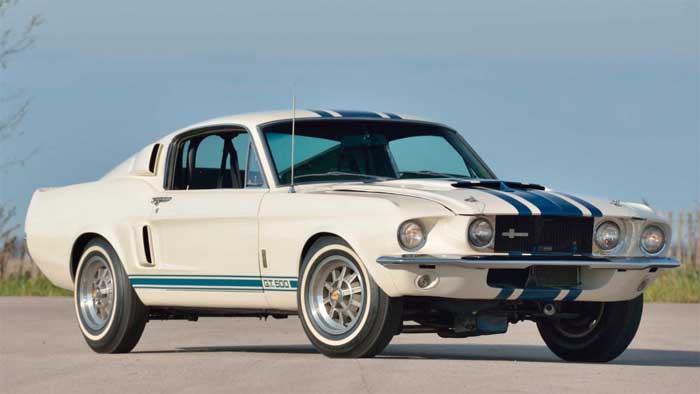 The car you see in the image above has just sold at auction and is the most expensive Mustang in history. The ride is a perfect 1967 Shelby GT500 Super Snake, and it sold at the Mecum Kissimmee auction. The car was predicted to sell for as much as $1.2 million, but the gavel fell at a cool $2.2 million.

What made the car so valuable is that it is a one of a kind prototype that was used to study a production model. However, the car was deemed too expensive, and only the prototype was made.

Word is that in its day the cost to build the Super Snake was about twice that of a regular GT500 and that the car made over 520hp. The engine in the car is a 427 that is very similar to what was used in the Le Mans GT40. This same car sold for $1.3 million previously.