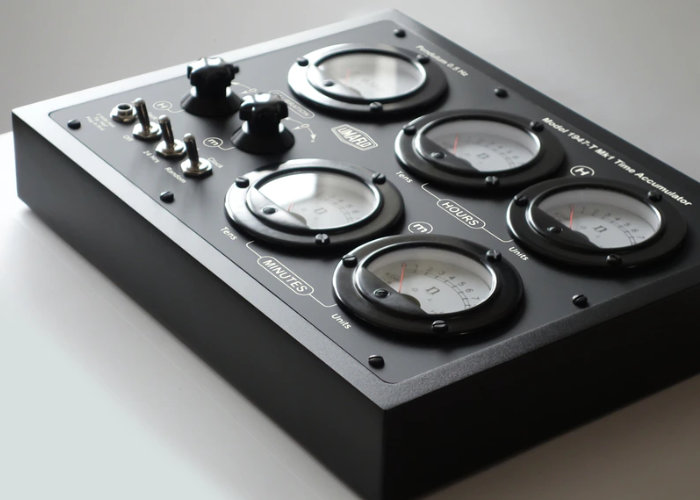 If you missed out on the original Kickstarter campaign for the unique 1947-T Mk1 Revision II boutique Bakelite and Glass Meter, instrumented 12/24 hour clock. You’ll be pleased to know that its creator Ren Kitchener based in the United Kingdom has launched a new campaign for a “Restricted Edition”.

Backer early bird pledges are now available for the inventive project from roughly $385 or £285 (depending on current exchange rates). If the 1947-T campaign successfully raises its required pledge goal and production progresses smoothly, worldwide shipping is expected to take place sometime around August 2021. To learn more about the 1947-T Mk1 Revision II clock project jump over to the official project page by following the link below.

“The idea behind the 1947 series, is to produce appealing, attention-grabbing, conversational (even educational) high quality electronic machines that operate, look, weigh and feel the same as they would have if they had been designed and made in 1947. Indeed – the meters are made from Bakelite and Glass (but not brass). The principle is exactly the same as reading a digital clock, but in a more interesting and fun way.”

“It’s also an inspiring educational tool, due to the unique analogue meters and the way they work. The calibration function is highly addictive too – impossible to resist. The transistor and the double-sided plated through hole printed circuit board were invented in 1947, which are both used in the 1947 series. The sound barrier was also broken by Chuck in the Bell X-1, so a lot of amazing things happened in that year. Not to forget that the ‘universal machine’ (the computer) had already been developed at Bletchley Park, by Alan and his team, well before 1947.”

For a complete list of all available special pledges, stretch goals, extra media and technical specifications for the Mk1 Revision II clock, jump over to the official 1947-T crowd funding campaign page by checking out the link below.