Some of our readers may have heard of Willian LeGate before, he started producing iPhone apps when he was just 13, and his latest app has become popular on the Apple store.

William LeGate has recently created a new app, called Game Giveaway, and it has been downloaded over 100,000 times in just 24 hours and is about to reach the one million download mark. 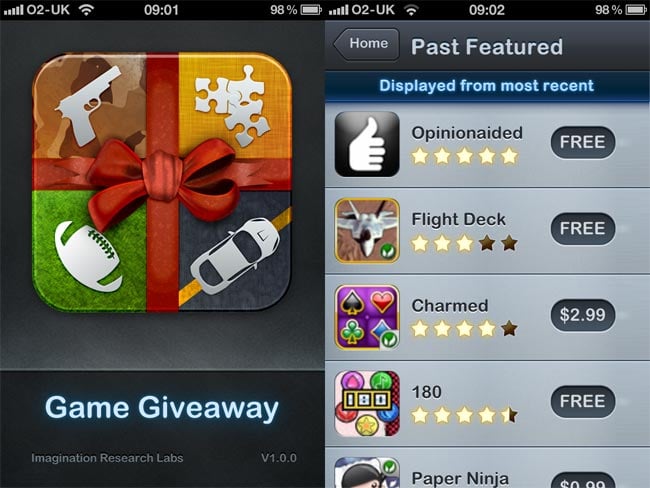 Game Giveaway as is a free App for the iPhone, what it does is basically gives you a free game every day, so we can see why it is becoming popular amongst iPhone users.

16 year old LeGate has developed a range of applications to date, and has founded his own iPhone app development company called Imagination Research Labs.