It seems that everyone is getting in the the tablet game, the latest company to launch a tablet is German DSL provider 1&1 with the launch of the 1&1 SmartPad Android tablet. 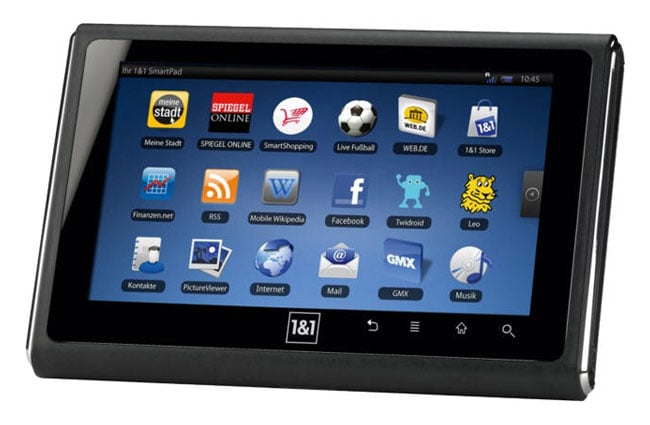 Other specifications include a USB WWAN dongle that can be used as a bridge between 2G and 3G connections, a built in music player and it can also be used as a digital picture frame.

The 1&1 SmartPad tablet ships with Android 1.6, but will be getting an update to Android 2.2 in September, unfortunately it looks like it doesn’t use the Android market, instead it uses a propriety app store that has around 100 applications. Have a look and our article on Android vs iPhone to see which smartphone and mobile platform is best for you.