Project Running Blade is a team headed by Stephen Vokins at UK’s Beaulieu National Motor Museum who are trying to smash the current  world lawnmower speed record which is 80mph. They have created a highly-modified Countax-based machine which can vut a football pitch in less than 3 minutes. 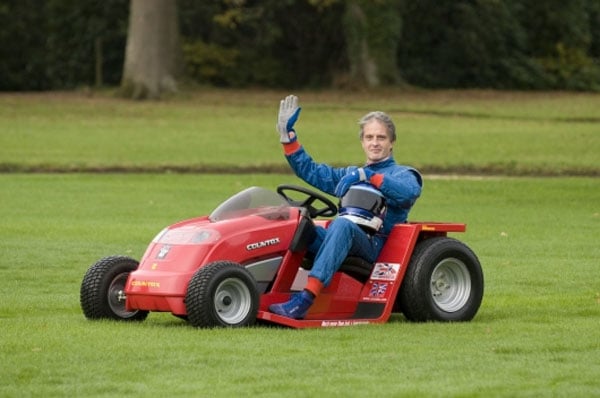 “I saw a video of American, Bob Cleveland on YouTube setting the record for lawnmowers at an impressive 80.792mph on Bonneville Salt Flats,” he said, “and I was greatly impressed, but felt with the right team, 100mph should be possible.”

If you fancy have your own crack at the record then you need to use  a proper lawnmower, built by a recognized lawnmower manufacturer, using predominantly lawnmower components, and it has to cut grass on the day of the record, although not whilst it is going for the record.