There are two special editions of Sega’s upcoming Yakuza 4, both of which come with additional DLC and none of which are available in the US. There is, however, some good news for prospective owners of the game, as Sega have announced they will be making the DLC available to US players free of charge. Apart from the hostess XMB theme you get for pre-ordering at GameStop. That will probably cost you your dignity. 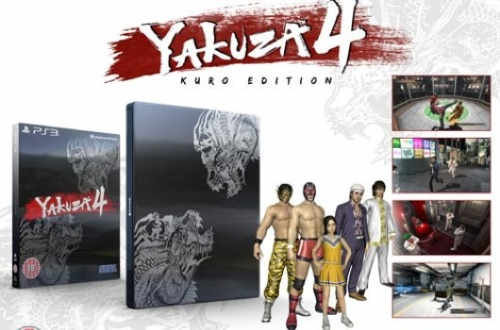 Fighting Arena, Survival, racing modes, and costumes are all included in the DLC, but the UK and Australian versions also include a steelbook which will not be making an appearance here. It’s all for the best, I suppose, how many of these things are gathering dust on your shelf right now after having only seen a cursory skimming?Although, at the very least Sega could have put up a PDF on their site or something, nobody likes feeling left out, especially left out of receiving swag.