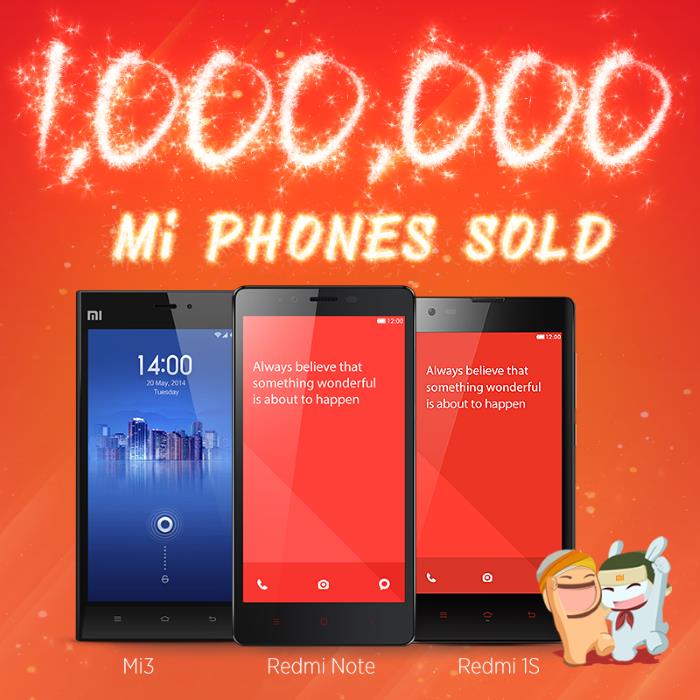 Xiaomi has received its fair share of success in India, with its handsets getting sold out in mere seconds. The company also managed to claim the third largest smartphone vendor spot.

Recently, Xiaomi’s India head Manu Kumar Jain revealed the company has achieved yet another milestone. They managed to sell one million smartphones in India since they launched the Xiaomi Mi3 in India a few months back.

Jain took it to Twitter and said, “In dec, we reached a major milestone – 1 mn phones sold in India! Thank u for your love and support.”

The company managed to share the Indian market when they launched their first smartphone, Xiaomi Mi3, in India a few months back in July. They partnered with the retail giant FlipKart who exclusively sold Xiaomi smartphones. To add more to it, the smartphones were sold in flash sales, and the retailer went out of stock in a few seconds.

Later, the company introduced more budget-friendly handsets such as the Redmi Note and Redmi 1S, which also followed the same flash sales model via FlipKart. The sales figures are promising, but things have not been too comfortable for the company in India, especially after they received a partial ban by Delhi High Court. The court has only allowed the Chinese company to sell Snapdragon-powered devices in the region until January 8th.