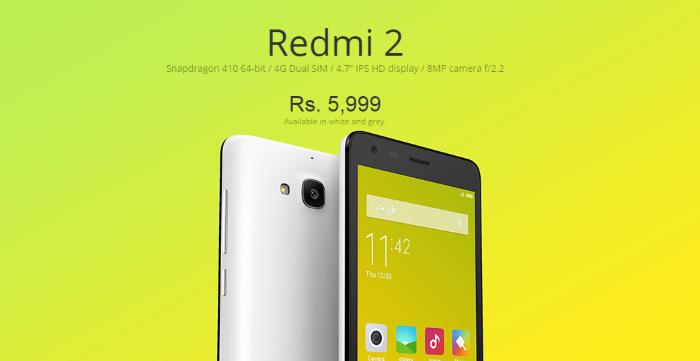 Not too long ago, the folks at Xiaomi posted a teaser, which hinted at a price cut for the Xiaomi Redmi 2 in India.

It turns out the speculation was correct as Xiaomi has reduced the price of the Redmi 2 in India and Singapore. The handset now costs INR 5,999 in India while its price in Singapore is down to $149.

Other features include a 4.7-inch display sporting a resolution of 1,280 by 720 pixels, a quad-core Snapdragon 410 processor, 8Mp camera for photos and videos, 2Mp front-facing camera, a 2,200 mAh battery and ships with Android 4.4.4 KitKat as its operating system.

Anyone interested in picking up the Xiaomi Redmi 2 now that it costs less? Sound off in the comments below.