As the launch of Xiaomi Mi3 handset draws near, more information is leaked about the hardware and specification of the device with the benchmarks, showing a Tegra 4 processor and a 1080p Display. The benchmarks of the upcoming device appeared on the benchmarking site, GFXBench where it was compared with the likes of Galaxy S4 and HTC One as well as few other devices. 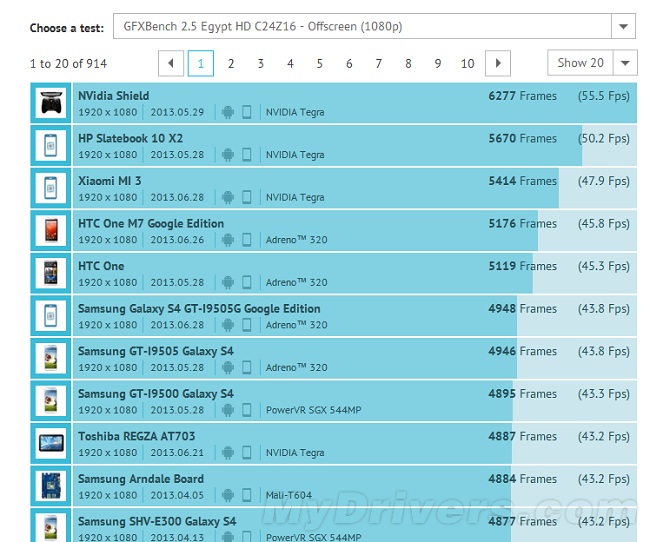 It would come as a surprise to many of us that the device features a Tegra 4 processor making it one powerful device. The information was caught on GFXBench by a Chinese site – MyDrivers – who claims that the device not only performed very well against the current smartphone giants but they managed to get a few leaked specifications of the device as well. The device is expected to feature a Tegra 4 processor clocked at 1.8GHz, 1080p display and is running Android 4.2.2 Jelly Bean. Some sources claim that the device a 2GB RAM and a 13MP camera with a massive battery capacity of 3800 mAh.

However, the bad news is that the device will only be available in China only and perhaps, in its surrounding areas. However, this doesn’t mean that we will not see a Tegra 4 powered devices, Snapdragon 800 chipset powered device is already announced and I hope to see more devices with Tegra 4 in the near future.