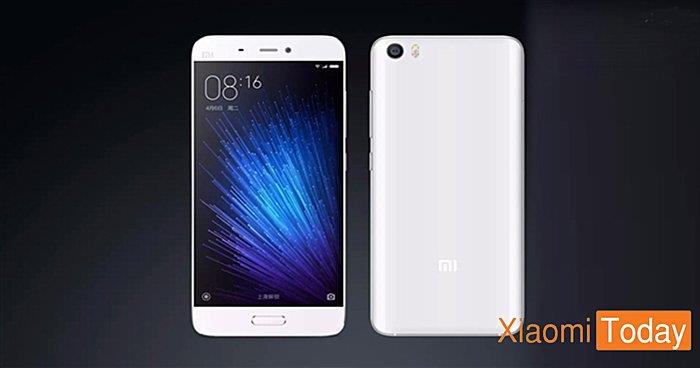 Earlier this year, we heard rumors that Xiaomi is working on the successor of the Mi 5 dubbed as Xiaomi Mi 5s, which will come with a 5.15-inch display — slightly bigger than the current model.

If the latest report is to be believed, the alleged Xiaomi Mi 5s will apparently come with a 5.5-inch display as shown in the image above.

The report continues to mention the internals the handset is expected to bring at the table. Other rumored specifications includes a Qualcomm Snapdragon 820 processor paired with a whopping 6GB of RAM and a fingerprint sensor as an added security measure which has become a norm in latest flagship devices from key manufacturers.

The handset is also said to come with Force Touch technology allowing the smartphone to distinguish between hard and soft touch on the display.

There’s no word from Xiaomi about the existence of the device, but if it’s real, I’m sure we’re going to hear more about it in the coming days. Stay tuned, we’ll update you as soon as we get to hear anything more about the upcoming Xiaomi Mi 5s.