This comes off as particularly horrid sci fi flick in the making. Thanks to our slowly becoming cyborgs (the Singularity is the new Judgement Day), engineers are now developing a wonderful device that’s the equivalent of a powerplant for our surgical alterations. Think of artificial hearts or pacemakers. They need batteries, right? Why not use a micro-generator instead, fueled by the bloodstream? Woah. 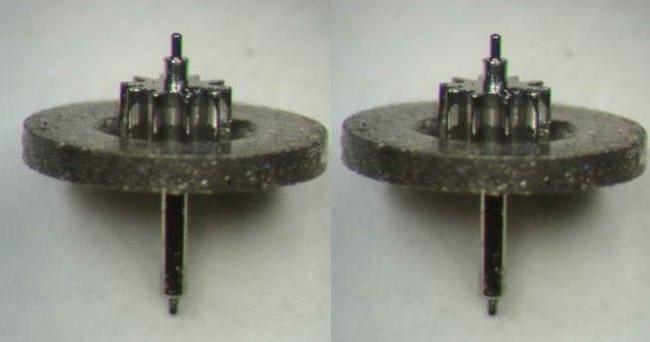 Pictured above is the minuscule device that’s surgically implanted on the patient. Built by Swiss engineers who want to tap into our body’s potential, tests have so far proven that the method works as a set of these turbines can produce some 800 micro watts.

Having such small devices in our body does pose a risk though as they can work like dams for our fluids, which isn’t good news. Maybe it would be better to apply current breakthroughs in bionics to provide an infinite charge to a patient’s transplanted bodily additions.