Relax, this isn’t a tragic case of an otherwise benign household helper doing itself in. When you watch the video, you’ll realize it’s being done in the name of science. It’s a test that involves a particular type of thrill seeking wherein the subject dives off a steep edge then launches a parachute for a smooth descent. In other words, base jumping. 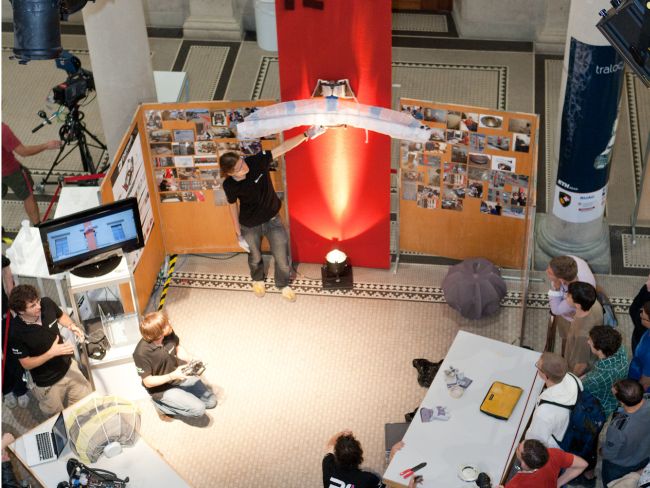 The robot is called Paraswift and for now, it doesn’t do much except scale heights and dive off high edges. What for? When it’s finally free of kinks, the Paraswift could serve as a tool in aerial 3D imaging. Clever, right?

The research labs investing in the R&D for Paraswift are curious though, being a rare alliance between a Swiss robotics firm and Disney. Yes, the House of Mouse.

Seen above is the Paraswift being showcased to a group of onlookers. For the visceral stuff, just shift your eyes downward.