If you’re an avid reader of Geeky Gadgets, there are more than enough posts about concept vehicles here that are simply too far off. This hover car concept seems to belong to the same category, but fortunately the rendered illustration has enough suave to look convincing. See, the biggest hurdle in design is the look and engineering are both taken for granted. Lucky for 21-year old Yuhan Zhang, hovercraft technology is decades old. 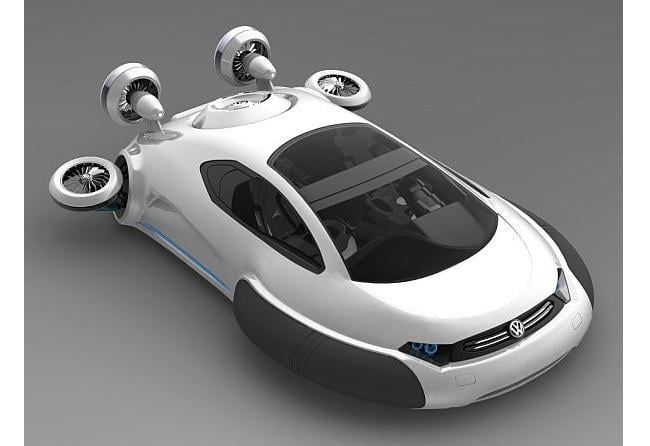 Yuhan Zhang is a Chinese industrial design graduate who’s currently cutting her teeth in the profession. She seems off to a god start with his smart, curvy ride she conceptualized. Of course, as a designer she obviously took liberties with the Volkswagen logo. However, despite not being a commissioned work it at least got shortlisted in a Chinese design competition.

Like most hovercrafts, the Aqua’s performance comes at the cost of convenience (forgive the awful alliteration): You enter the car like a tank, using the hatch above the roof. Talk aout inconvenient. There’s not much of a cargo compartment either.

Dubbed the Volkswagen Aqua, the vehicle is meant to traverse the different kinds of terrain in China, be it broad rivers or arid stretches of bare flatland.

Of course, being a concept, don’t expect a relationship for this.