22 years ago Apple wanted to target the college kid market and convince them that PCs were cool. What to do? Use the work of some illustrator named Matt Groening, whose eccentric sense of humor was already in grand display on more than a few illustrations. Apparently, Matt used to do this as a part time gig before The Simpsons took over his life.

Have a look at the pictures below, the buck teeth and simplistic shapes are signature Groening. 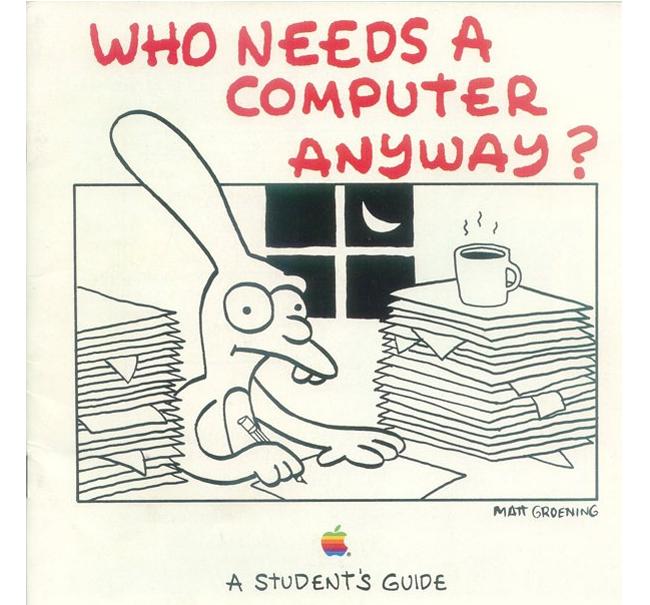 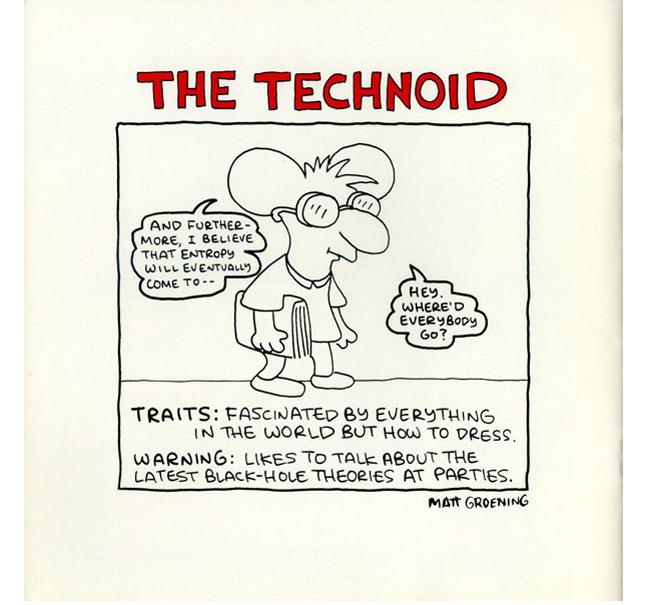 You can see lots more of these Apple advertisements designed by Matt Groening, over at Reddit.