That’s VFD as in Vacuum Fluorescent Display. What does the VFD have better than your average clock face? Not much, except it looks like the clock itself was made from the body parts of a dead cyborg. That seems to be the theme for the VFD Round Clock, a straightforward timepiece powered by a small circuit board and encased in acrylic. Despite the cool factor-and the bragging rights that it was made from cyborg parts–the VFD has little else going for it except, well, it’s an alarm clock too. And no, it’s not made up of cyborg parts. 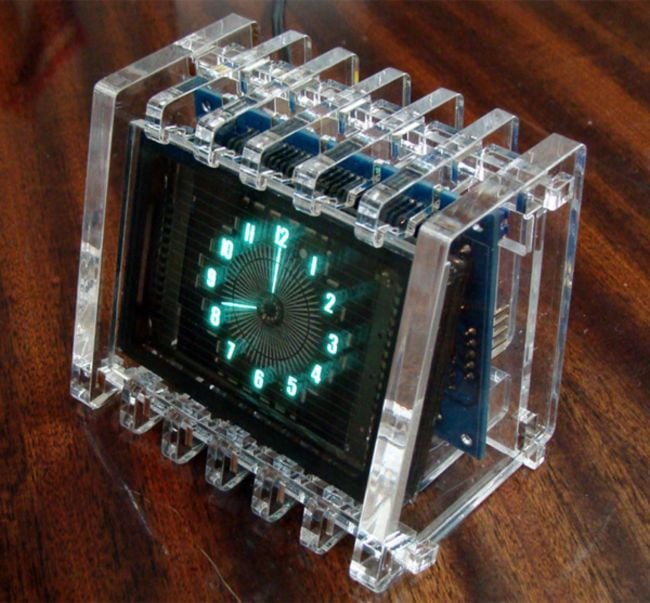 What’s really cool about the VFD is the circuitboard powering the clock face is detachable, meaning the technology is susceptible to hacks, meaning extra coolness. Who knows, maybe you can pull off an Iron Man/Tony Stark by taking the VFD and implanting it on your chest. Then all your friends will worship you for having a glowing clock face on your body. It’s powered by an arc reactor, you can tell them.

On second thought don’t even think about it. We’re not going to be held liable for putting bizarre ideas inside people’s heads.

The VFD Round Clock is currently selling for 65 quid on eBay.