Verizon is one of the major U.S. carriers and it seems the Big Red is trying to boost its sales by offering attractive promotions, which includes activation fee waivers and discounts.

According to a leaked document obtained by the folks at Android Central, it seems Verizon will offer a $100 bill credit for activating a new line on the network. But there’s a catch; the offer is available for a few weeks, starting from February 7th (yesterday) and will last until February 28th, as long as it comes with a two-year contract.

The $100 credit you’ll receive on activating a new line with a two-year contract will be applied to the third billing cycle, so this means you have to stick to the carrier for two months before you get this discount. Here’s the image of the document. 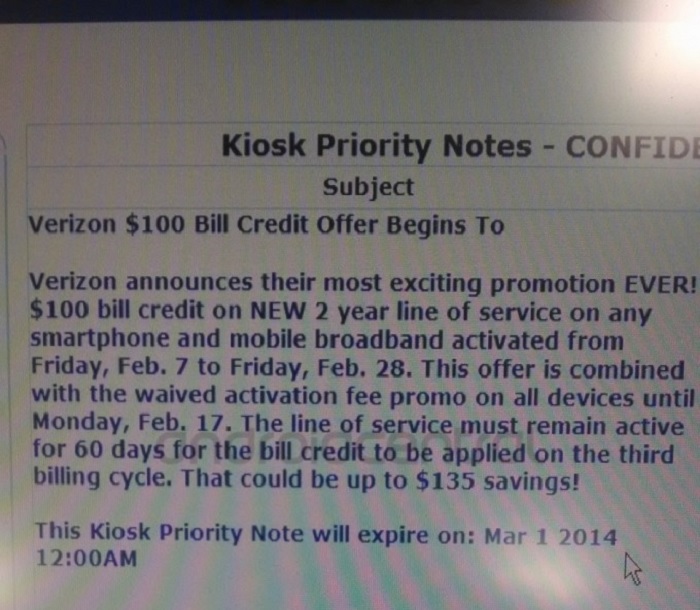 It also seems Verizon will waive the activation fee on all devices until February 17th, which is an additional saving of $35.

It appears to be a good deal for those who are planning to switch to the Big Red or add a family member to their existing account. The discount of $135 may not be much for some of you, but it still matters and looks attractive for potential buyers.