Back in January, the affordable Moto G went on sale on Verizon for $99.99 without a contract, a price that’s better than the one offered at the online Motorola Store — a saving of $80 compared to its official retail price.

For those of you rocking a Verizon Moto G, there’s some good news for you. It seems the Big Red is rolling out the much awaited Android 4.4.2 KitKat update for the Moto G. 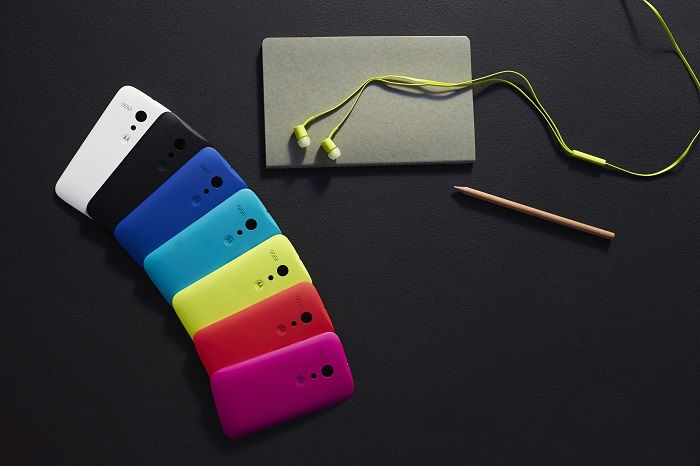 If you’re using a Verizon Moto G, now might be a good time to check for update notifications on you handset as it could be the latest Android 4.4.2 KitKat update. For those of you who didn’t get the magical notification, you can either wait for it to reach your device over-the-air, or try to check for the update manually by heading over to Settings > About Phone > System updates and see if the update is available.

If it’s not, don’t worry, the update is usually rolled out in phases so it doesn’t mean you’ll get it on the exact same day it’s released. It might take a few days or may be weeks for the roll out process to complete. 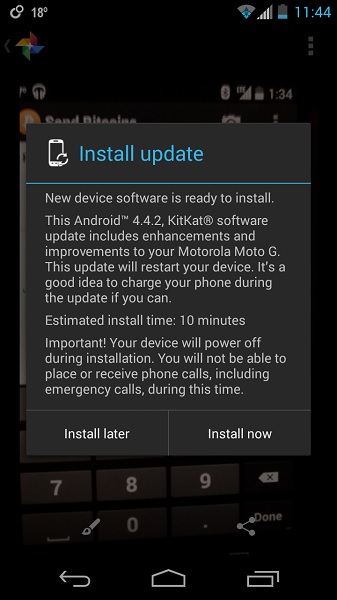 The latest Android 4.4 brings a number of improvements to the Moto G, including the ability to install dedicated Motorola applications that are published in the Google Play Store, improved phone dialer, restyled navigation bars, several bug fixes and improvements, and more.

If you’re using a Verizon Moto G, do let us know if you received the update.