For some reason or other, employees at Valve just installed a replica of a Team Fortress sentry gun to add “atmosphere” in the work place. Actually we’re not sure why, except maybe the Valve people like to go Team Fortress in the office and blast each other with Nerf guns. So maybe this piece of hardware adds a little extra awesome to such proceedings. 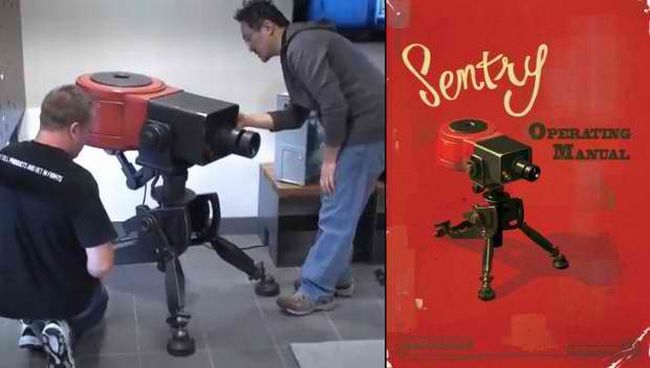 The details behind the gun are quite impressive: it was put together by Weta Workshop, better known as Peter Jackson’s crew who did the props and special effects for a whole bunch of movies (uh, does “District 9” sound familiar?).

One aspect of this impressive hunk of prop hardware is it’s got authenticity to back up the look. By authenticity we mean target acquisition and the requisite sound effects when it “fries” a hapless employee. Of course, for fun’s sake, there aren’t actual projectiles because that can knock over someone’s boiling hot espresso as they walk past the sentry gun, unmindful of its precision guided evil.

Sentry guns aside, maybe someone should leave a few Team Fortress armaments lying around the workplace to inspire Valve’s crew. Who knows, being around gaming weaponry could have an impact on their reative processes.