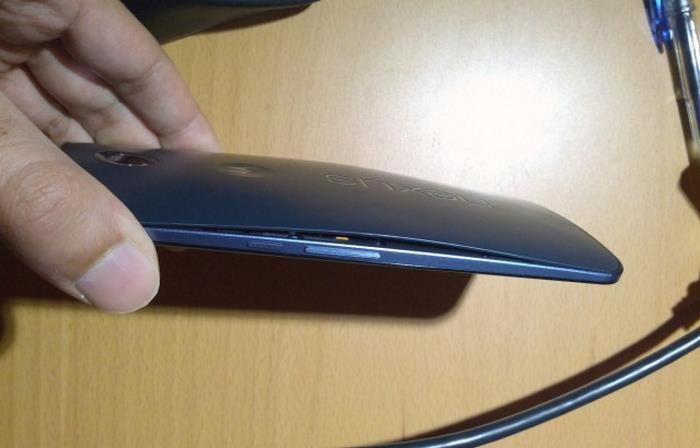 Google Nexus 6 is a little hard to find, but if you did manage to get one, you should know that there are some defective units being shipped to users.

Several users have reported on Reddit and Twitter about a defect where the back cover of the Nexus 6 is unglued, and is coming of the smartphone (as seen in the image above).

Several users have contacted Motorola as well as their carriers about the defects, and have been asked to get in touch with the customer care team to get their units replaced. Some users have seen the issue when they took their device out of the box, while others have seen it over time, saying the battery expanded over time resulting in the back cover coming off.

The latter is a safety hazard, and if that has happened to you or anyone you know, it’s best to get in touch with the company right away as they have been good in replacing the devices since its a manufacturing defect with the device. So there’s a possibility that you may not have to work hard in convincing them about the defect.

Are you or anyone you know facing this issue?