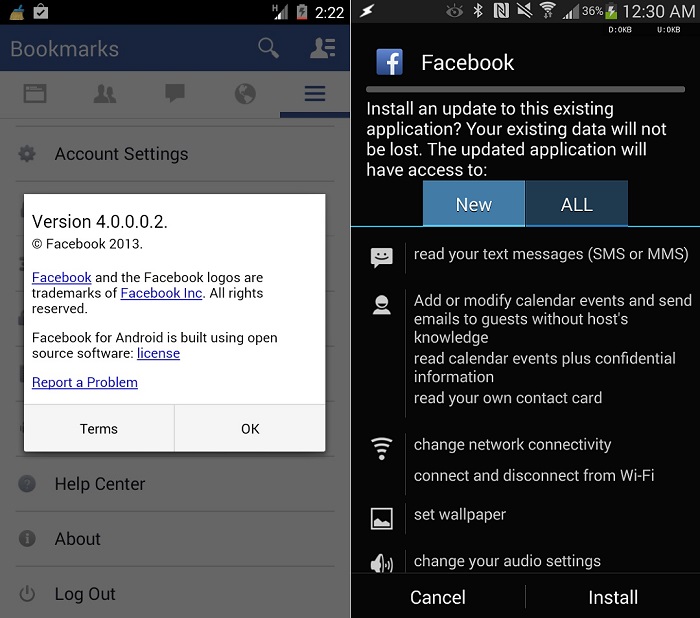 There’s a change in layout of the application including the movement of the Status, Check In and Photos button at the bottom of the screen, while it also seems that the navigation options have moved from left to right side, which appears to be quite strange to me. Facebook has employed the left sidebar for so long, and they’re changing it now.

The folks at Android Police also posted the download links to the APK of the test build, but they also mention it won’t work on every device as Facebook has control over who get access to the new layout. But, you can test your luck and see if you can get the new, redesigned Facebook for Android.

Also, there’s no confirmation about the roll out of the new update, so I guess we have to wait for an official announcement from the social networking giant. Obviously, it’s worth mentioning that this is just a test build and there’s a chance that none of this will make it to the final build.