AT&T has followed the queue from other cable providers and now offers live channel streaming online and on iPads. Subscribers will be able to access 25 channels online through uverse.com or the U-verse iPad app. The app is also coming to iPhones on October 16th and Android devices on the 21st. 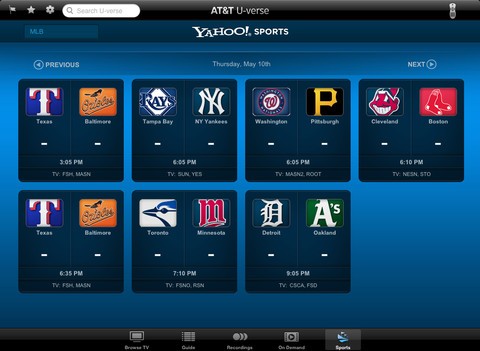 Channels you can stream right now include:

All the channels offered are available in most hotel rooms, and you’re still able to access on-demand and all the other internet streaming options that have been around for years now. So I’m not sure why someone would need or want to watch live TV with the usual commercials and what not.

If you have flash and internet then you can watch anything you want online without any commercials. There are dozens of streaming sites that have television shows available to stream commercial-free shortly after they air on TV, and you can even download the episodes if you want to keep them.

Be honest, are you ever going to make use of live television streaming?