AnTuTu has become a good source of leaks and information of unreleased smartphones. Earlier this week, a bunch of Sony devices were spotted on AnTuTu and Postel, including Sony D5322, Sony D5503, Sony D2005, Sony D2105. Sony SGP521, and the Sony D5303. There’s a possibility that some of these devices may see the daylight on MWC 2014 or CES 2014 next year. 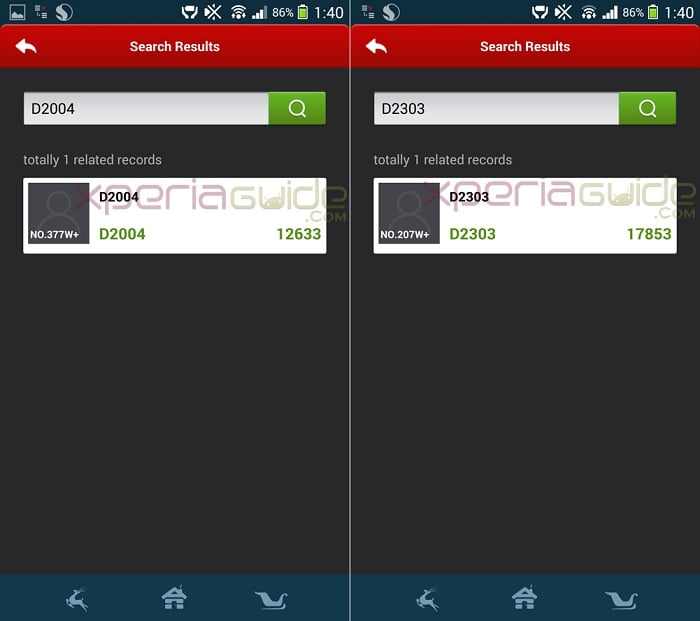 One of them, SOny D2004 managed to grab an AnTuTu score of 12,633, which may not be considered impressive by many smartphone enthusiasts. It could be a low-end device that is being tested by the Japanese OEM. On the other hand, Sony D2303 scored 17,853 and judging by this score, it fairly easy to assume that this might be a mid-range device.

Well, there are so many Sony models popping up on the internet and suggests there are several products in Sony’s pipeline, which might see the daylight at the Consumer Electronics Show 2014 that will take place from January 7-10th in Las Vegas. On the other hand, Mobile World Congress 2014 will take place late February in Barcelona.

Anyway, let’s take this as a rumor, and there’s no guarantee if any of these handsets will ever hit retail. We’ll update you if any other information pops up.