Not too long ago, the developers behind the popular Twitter client Tweetbot pushed an update for their Mac application, and introduced a few features and enhancements to the application.

If you’re a Tweetbot for iPhone user, you be glad to know that the developers have pushed an update for their iPhone application, bumping it to version 3.2.1. 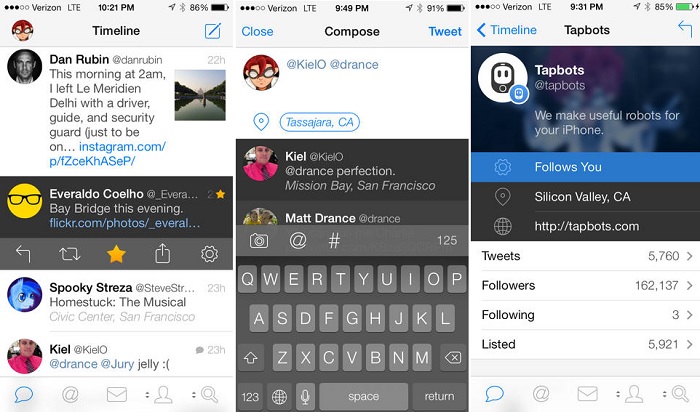 The application is not a major one, but brings a few features, including the support for viewing images directly in the direct messages you receive on Twitter, along with the usual bug fixes. Unfortunately, users cannot send images in direct messages as it’s not support by the Twitter public API.

If you’re a Tweetbot for iPhone user, share you reviews about the application. Will you recommend it over the official Twitter application?