Planescape Torment spiritual successor Tides of Numenera’s Kickstarter success is well documented, but with games the proof is always in the pudding. While the team behind the game is not only made up of, but also has the blessing of original Torment developers, seeing the game take shape is still pretty great. Especially when that shape includes a “semi-sentient” environment that is actively hunting the player’s characters. 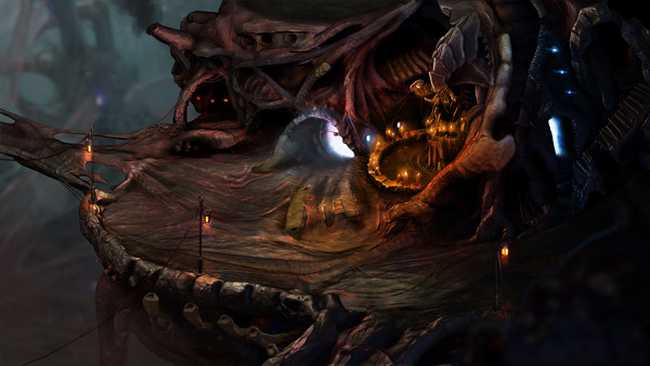 “The Bloom is a vast, semi-sentient predator, a monstrous, organic creation that extends its tendrils through the folds of reality,” according to inXile. “Its pathways, nooks, and crannies conceal terrors and wonders alike, and for those daring or desperate souls who are forced to find refuge here, any step has the potential to send them to another world. It’s a hub, a centre of commerce for those who trade in the relics of other worlds.”