‘Again’ because the author who resurrected the discussion cites an old Popular Science article. Anyway, consider this the latest addition to the myths surrounding the Bin Laden raid two months ago. According to an unnamed member of the U.S. military (it’s not clear which branch), special forces operators currently have access to contact lens night vision. 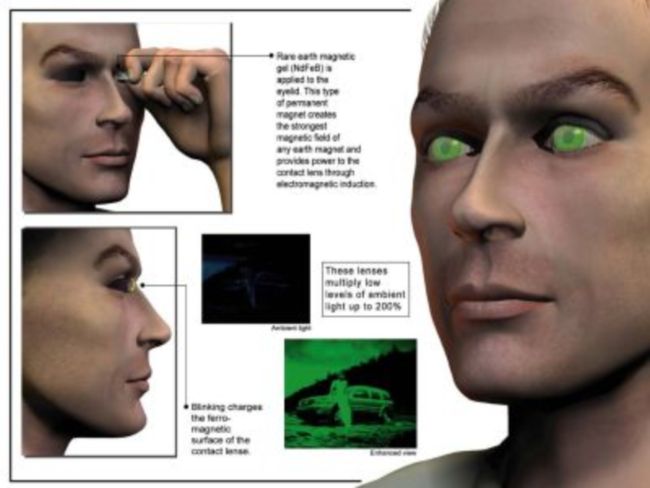 Of course, like all non-factual claims, the contact lens have no basis on real equipment currently in use nor are the specs available. It does feed right into the imagination of the public though. Especially the public weaned on Call of Duty antics and overblown specops missions that are actually classified.

So aside from mysterious stealth helicopters, dogs with titanium teeth, and OBL being dead for a few years prior to the Abbotabbad raid, throw this story in with the rest of the speculation surrounding the year’s greatest covert mission gone public.

The article from which mention of contact lens night vision originates is a candid discussion of new night vision equipment being used by the U.S. Air Force.