Three suspected Anonymous members thought to be involved in the April PSN attack that took down the network for the better part of a month have been taken into custody by Spanish Police. One of the servers used in the attack has also been recovered. The capture in itself is hardly surprising, an operation of this magnitude was bound to mobilize law enforcement agencies, especially with the FBI on the case. 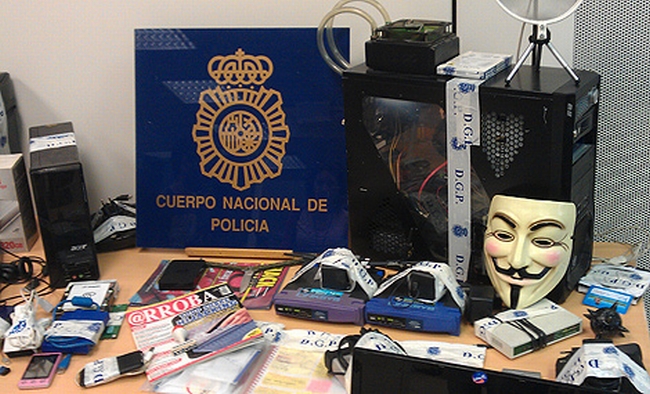 The only surprising revelation is that it took multiple guys to hack Sony’s cutting edge PSN security, seeing how Sony is still getting hacked into oblivion every other day even after reportedly adding all sorts of new security measures.  The three were allegedly responsible for coordinating Anonymous attacks and distributing Loic DDoS software and if Google Translate is working right, have apparently already been freed. Sony, better go add a few more sharks with lasers on their heads to the server room moat, just to be safe.