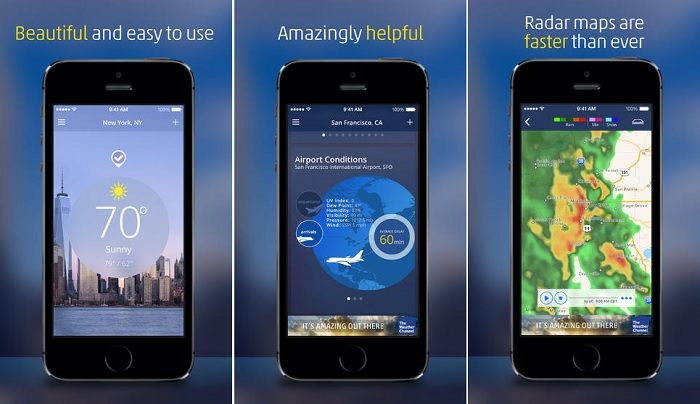 If you’re a registered developer, you may have noticed that Apple replaced Yahoo with The Weather Channel for weather data in iOS 8. According to a new report by Re/code, Weather Channel CEO David Kenny made the deal with Apple, who was also a Yahoo board member.

The situation Yahoo finds itself in is due to a very crafty deal engineered by former Yahoo board member and Weather Channel CEO David Kenny, who has essentially shoved Yahoo off the key smartphone to be replaced by a new offering that he has been developing since he took over the weather news and information service last year. With it, he has unseated Yahoo from its important perch.

That’s not the only interesting thing, the report says Yahoo’s weather app and services are powered by The Weather Channel, as a part of deal between the two companies. But, why did the company switch to TWC when it’s the same service that powers Yahoo’s app? Well, in order to convince Apple, TWC added a lot more features to the app, including more weather information related to user’s location, nine-day forecast, weather conditions summary and a lot more, which they don’t provide to Yahoo.

To convince Apple to make the shift and cut Yahoo out of the middle, the Weather Channel added a lot more technology and information to the offering that it does not provide to Yahoo. That includes more weather specificity related to the location of a user, a nine-day forecast (up from five), a weather-conditions summary and more.

“Yahoo had been renting ocean-front property for years and did not realize the lease was up, and the Weather Channel slipped right in and took it,” said a Yahoo exec, who said the company acted too late to save the deal. “It’s a high-profile loss.”

This should come as a big loss for the internet giant, but it seems what’s done is done. Did you notice this change with iOS 8 beta?