It’s been some time since Threees!, a popular maths-based puzzle game went live for iOS devices. The game received its fair share of success on the platform, and resulted in several third-party games with somewhat similar genre popping up in the Google Play Store.

If you’re an Android user who is patiently waiting for Sirvo LLC to release the game for Android, your woes have been heard.  The game is now live in the Google Play Store, and costs $1.99. 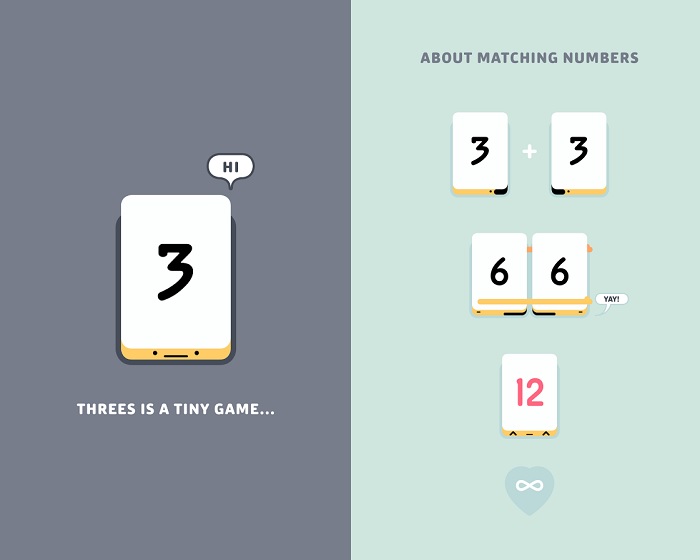 The objective of the game is simple, you have to match numbers on the board, which can go for a pretty long time. Try to reach as high as you can before the board fills up. They claim it can provide users with an “endless challenge from one simple game mode.”

Although the games costs $1.99, it doesn’t have any in-app purchase, so you can rest assured that it’s just a one time cost.

If you’re a fan of puzzle games, head over to the Google Play Store and download the game. If you’ve played the game, let us know about your reviews using the comments below. The game is available for a 33.3333333333% discount for a limited  time.