The Junimotion Kit Robot is a hobby robot. The gadget was developed by a company called Robotro. The company is based in South Korea and creates all kinds of robotic machines. 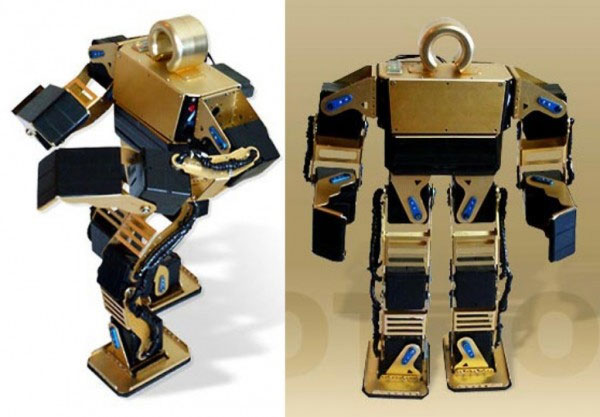 With the Junimotion Kit Robot users must to assemble the robot themselves. The robot is composed of gyro-sensors, audio sensors, LED lights and other connection pieces. Once the robot is correctly assembled, it stands at 15 inches tall (39 cm) and weighs about six pounds (2.8 kg). The robot is also very structurally sounds, requires fewer cables and has simpler wiring than other robots on the market. The battery time on the robot is relatively low, standing at thirty minutes.

The robot is also pretty expensive. Robot fans can expect to pay about $4000 for the Junimotion.