The Aramitix handgun was designed by a German company that specializes in intelligent gun safety. The company produces weapon locks and other types of devices that provide a high level of protection against weapon misuse. 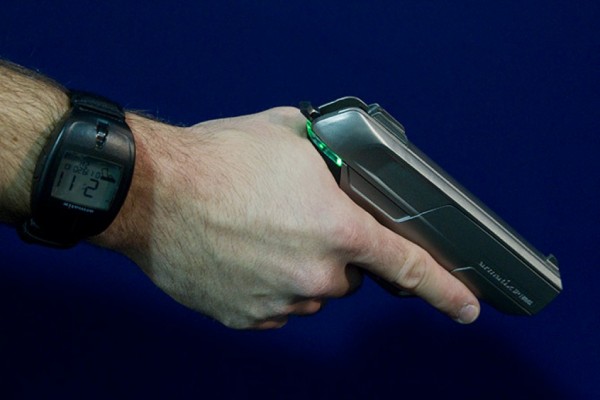 The Aramitix SmartGun is a concept that consists of locking the weapon with a watch. A biometric radio wristwatch serves as a system-programming device. Without the radio wristwatch, a person doesn’t have access to the programmed weapon.

The Armatix SmartGun (which is a .22cal weapon) eliminates any chance that the gun will be used by someone other than the person that should be using the gun. This means that there is a significantly reduced use of the gun in the case that it is lost or stolen. If the gun is stolen or lost it can automatically be deactivated and rendered useless.

The gun would be ideal for those in law enforcement and even for those who use a gun for personal safety. However, the gun is very expensive and most people wont be able to afford the pistol unless they have about 7,000 Euro to spend.