For good reason—they can survive in outer space. While us humans, when not confined inside protective cocoons, would suffer agonizing torture and eventual death in the pitch blackness beyond, the Tardigrades can endure no matter the ice cold temperature or solar radiation . Don’t expect to find Tardigrades in your local pet store though. Tardigrades, also known as water bears for their resemblance to the ursine breed, are microscopic organisms that thrive in moist environments. Very much like bacteria, Tardigrades are pretty ubiquitous. 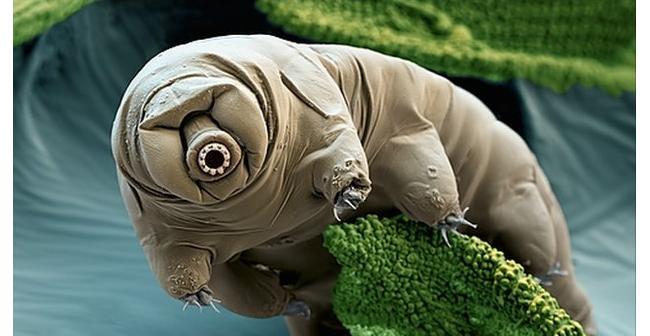 Tardigrades, who have been around a long time, credit their survival skills to the fluctuating conditions of our own planet. When it’s cold or extremely hot, these fellas shut down their bodies and enter a state called cryptobiosis, thus leaving the most essential biological functions intact.

Tardigrades and several other hardy microscopic lifeforms are in the space shuttle Endeavour for some experiments. According to the BBC:

Project Biokis is sponsored by the Italian Space Agency and will investigate the impact of short-duration spaceflight on a number of microscopic organisms.

The project will use seven experiments to investigate how spaceflight affects organisms on a molecular level.

The team will be using molecular biology to evaluate any changes in the organisms’ genetic information, as well as investigating how cells physically adapt to cope with extreme dehydration, caused by the space vacuum, and damage caused by cosmic radiation.

One of these experiments, the Tardkiss experiment, will expose colonies of tardigrade to different levels of ionising radiation, determined using an instrument called a dosimeter, at different points during the spaceflight mission