Dolphins have always been the nicest sea creatures around, which is why scientists have put so much effort to studying them for the last 50 years. It’s also common knowledge these days that dolphins can grasp rudimentary commands from humans, which speaks volumes about their innate smarts. Two scientists are now on the verge of finally returning the favor by attempting to decipher dolphin speak using a really cool software program. 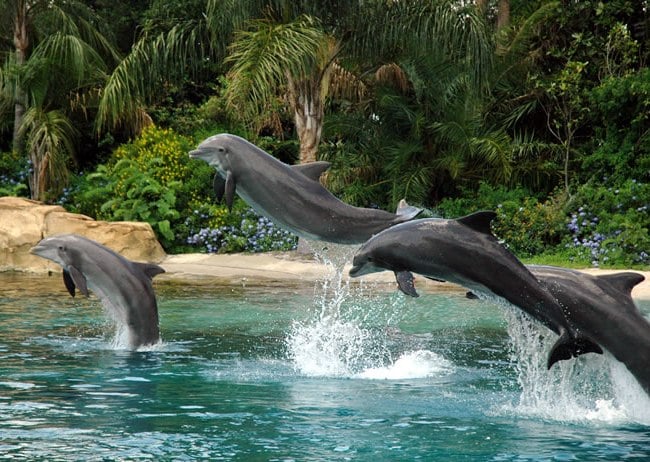 Denise Herzing and Tad Starner are planning to dive off the coast of Florida to literally get in touch with wild dolphins. What they’ll be bringing along a mini-computer and high tech recording equipment to record dolphin sounds, which are very complex.

Of course, the chances of actually discerning a viable dolphin language are admittedly slim, but mammalian linguistics (we’re making up words here) is an exciting new frontier. Both Herzing and Starner are seasoned researches who’ve spent the better part of their careers wrapped up in difficult tasks. So hopefully the pair come up with some startling results that will allow us to decode dolphin language.