Too bad it doesn’t come with a suit of armor and a gnarly firearm or two. Still, one look at a person wearing this awesome piece of DIY headgear will compel the neighbors to call the police, which is why we love it. 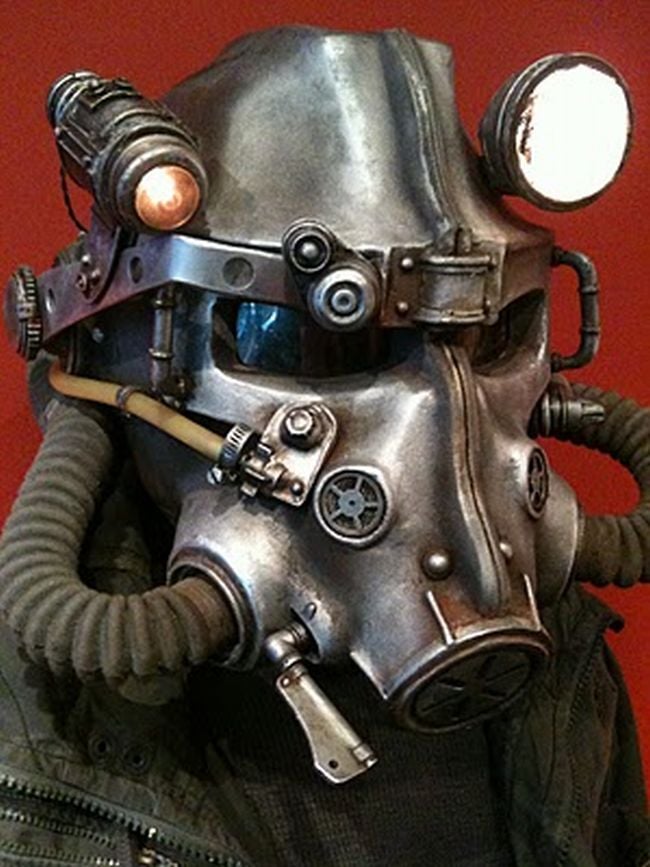 The fabulous work of artist/fanboy Josh Jay, this Fallout 3 helmet features working headlights and an ominous look that scares household pets. As for protection from radioactivity, that’s zip—Jay’s creation is as unprotective as a raincoat in a radioactive wasteland. We’re not sure if it’s properly ventilated either, so sticking your head inside this would be like, well, sticking it in an oven. Maybe.

Having expressed our reservations, it still deserves props for craftsmanship and maybe a gesture from Fallout 3’s makers Bethesda. It’s a shame dedicated fans who bring their gaming passion to life aren’t given the credit they truly deserve. Here at Geeky Gadgets we make a serious effort to shine a light on an odd assortment of DIYers.

But what we’d really like to see in the coming months is some crazy dude who builds a working suit of Terran Marine armor from Star Craft. Or a Protoss Zealot even with shiny blade lasers on the arms. That would rule!