Since smart folks over at MIT and Aachen Uni get to do all the cool research no one else has the time for these days, new findings have revealed that sunflowers could make a huge difference in the nascent solar power business. It’s fundamentally about design, especially how sunflowers are themselves patterned by mother nature to optimally absorb sunlight. For proof, just mesmerize yourself with the pic below. It’s entrancing, to say the least. 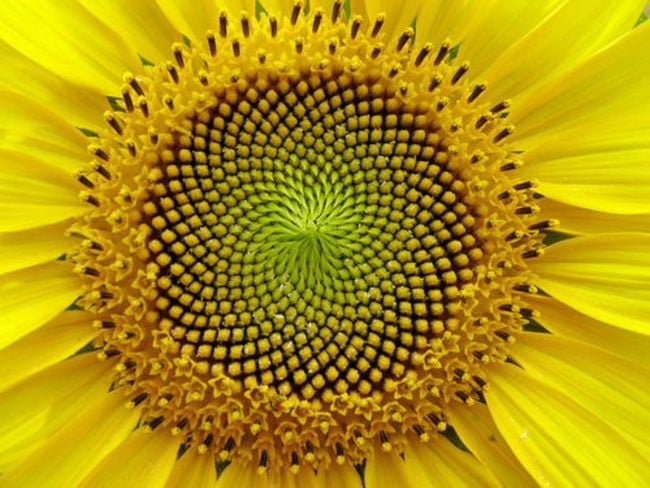 According to MIT, the Fermat spiral found among certain types of flowers is an ideal pattern that can be applied to any large scale solar-capturing equipment. A heliostat in particular, examples of which are ofund in Spain where they generate up to 11-megawatts of power, could borrow from the sunflower’s aesthetic superiority.

The geniuses over at MIT and their partners in Aachen have calculated that an array of panels arranged 137 degrees ‘relative to its neighbor [solar panel]’ is not only space effective, but does its job more efficiently.

Ah, mother nature. What other lessons are you hiding from us?