Not too long ago, Samsung announced it will start rolling out the Android 4.4 KitKat for a bunch of Galaxy devices in the coming weeks, including Galaxy Note 3, Galaxy S4 and a few more.

It seems the roll out process has begun as Sprint is rolling out the Android 4.4 KitKat update for its version of Samsung Galaxy Note 3. 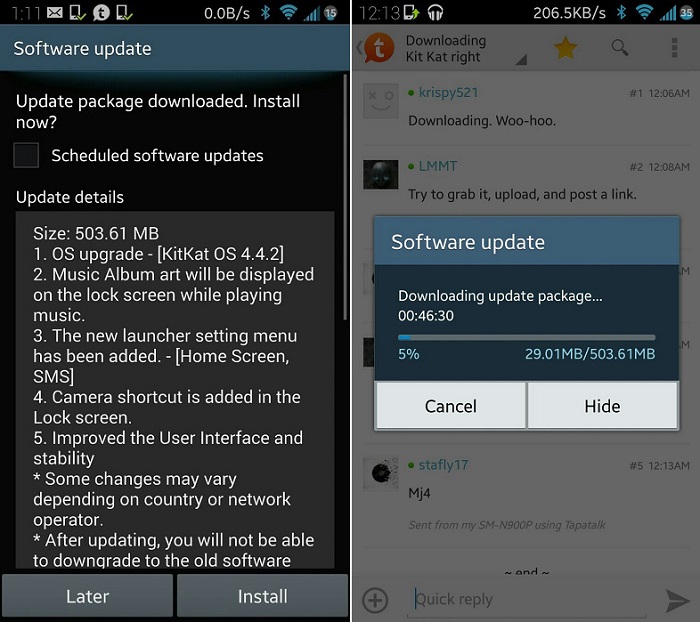 Sized at  503MB, the update brings several new features and enhancements to the Galaxy Note 3, updating its to build number N900PVPUCNAB. Along with the usual goodies introduced with the Android 4.4 KitKat OS, the update brings improved user interface and stability to the handset, along with the addition of camera shortcut on the lock screen.

The update usually rolls out in phases so you might have to wait for a few days for the process to complete. It’s not necessary that you will get it the day it starts rolling out. If you’re impatient, you can manually check for the update by going to Settings > More > About Device and check for the update.

If you already received it, feel free to share the improvements and new features you can notice in the update.