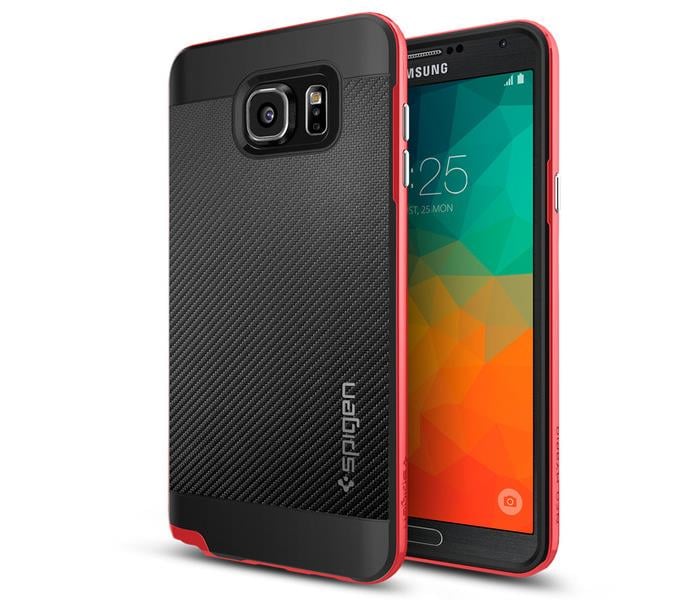 Spigen has posted a wide range of cases for the Samsung Galaxy Note 5 ahead of its official announcement, which is expected to happen on August 13th.

It’s quite normal for case manufacturers to get dimensions of the smartphones so they can manufacture accessories ahead of the launch.

We’ve seen Spigen posting its case for other flagship devices way ahead of their launch, revealing details such as the dimensions and how the handset may look like.

Similarly, the Galaxy Note 5 cases reveal a number of details about the handset. The case confirms that the stylus will be at the bottom of the device. The camera and flash placement on the back of the handset looks similar to the leaked images we’ve seen in the past few weeks.

Rumors suggest that Samsung Galaxy Note 5 will come with a 5.7-inch display sporting a resolution of 2,560 by 1,440 pixels, Exynos 7422 processor, 4GB of RAM, multiple storage options, 16MP camera for photos and videos, 5MP front-facing camera and is expected to ship with Android 5.1 Lollipop as its operating system.

Samsung has announced that it will schedule its Unpacked 2015 event on August 13th, ahead of IFA 2015 in Berlin, where the company is expected to announce the handset. We’ll update you if we get to hear anything more about the handset.