When we say it rocks harder than the competition, we mean it literally. What would be the point of shaping your speaker after a rock then? 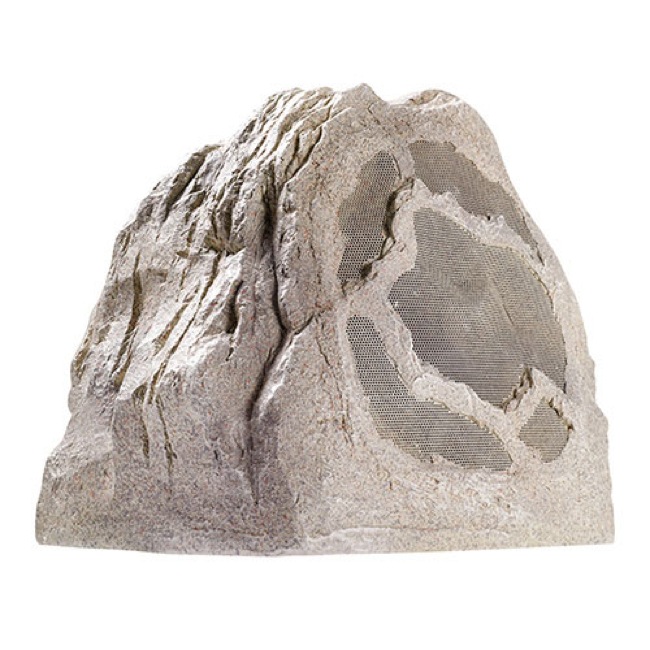 According to the promotional lit, this new faux-granite baby from Creative is ideal for outdoor use, but we believe it looks just as good on a shelf beside a wireless music player/transmitter, which is sold separately for some strange reason (but given free if the Sound Blaster is purchased here).

The official specs for the Sound Blaster Wireless Rock are straightforward enough. You’ve got 2.4GHz of wireless connectivity and a six-hour battery life before it conks out and begs recharging.

Don’t worry about the recharging bit since the lithium-ion battery it has is detachable and has its separate charging cradle. No need to lug this thing around then.

The official measurements are 12″x11.1″x13.8″ and by the looks of it, the Sound Blaster Wireless will rock for ages. Unless a pooch comes along, finds this in your garden and decides to mark its territory—you know what we mean. But hey, this is waterproof right?

If you wan to crank out Def Leppard and AC/DC from this rock ASAP the official retail price is $199.99. While we did suggest indoor use earlier, this would actually be perfect in your garden because studies show loud music stimulates plant growth. We know Mother Nature will approve.